Volunteer roles will be kicking off from 1st October.

The volunteers for the FIFA World Cup in Qatar in 2022 have begun their training journey.

20,000 volunteers will get more than 350 training sessions, both in-person and online, at the volunteer centre.

Some 60,000 interviews were conducted to select 20,000 volunteers who would work inside and outside the stadiums to ensure the World Cup 2022 runs smoothly, Nasser Al Mughaiseeb, Director of Volunteering Strategy at the Supreme Committee for Delivery & Legacy said during an interview with local news outlet Al Sharq.

“We have received applications for registration from more than 180 nationalities around the world, most of them are from Asian and African countries, where their percentage exceeds 40% of the total applicants,” said Al-Mughaisib.

In an interview in July, a Qatari official noted that most of the registrants were from Egypt, Tunisia, Algeria and Morocco. They were also among the majority of applicants that successfully passed the interviews.

The 20,000 volunteers will be assigned various responsibilities in hotels, airports, hospitals and stadiums to provide support during the world’s largest football tournament. They will also be asked to work at least 10 days in 6 to 8 hour shifts.

More than 40% of the applicants were between the ages of 24 and 34. “This is very promising and shows the importance of having young people with us as well as reflects their eagerness to leave a mark in this global event.”

Volunteer roles will be kicking off from 1st October.

Football fans from all around the world were encouraged to apply and undergo the selection process for the volunteer background.

They will work across 45 functional areas at official and non-official locations, including but not limited to training sites, the airport, fan zones, hotels and public transportation hubs.

Qatar expects at least 1.5 million visitors for the event – the first ever World Cup to be hosted in the region. 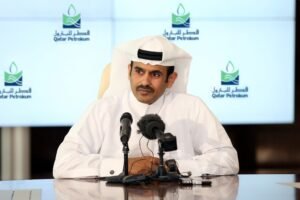 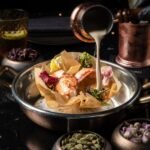