Queen Elizabeth II ‘inherited’ millions of subjects around the world when she ascended to the throne in 1952, many of whom fought for their independence in years to come.

With the onset of Queen Elizabeth II’s death last week, a surge of differing reactions have hit the internet and television screens from million across the world.

On one end of the spectrum, mourners have been queueing up for hours to pay their final respects to the late monarch, whilst others have been delving deep into her legacy as a symbol of the British colonial empire – driven by oppression, violence and theft.

“If anyone expects me to express anything but disdain for the monarch who supervised a government that sponsored the genocide that massacred and displaced half my family and the consequences of which those alive today are still trying to overcome, you can keep wishing upon a star,” Uju Anya, an associate professor of Nigerian background tweeted last week.

Queen Elizabeth reigned while the crown manoeuvred in a ‘post-colonial age’ – a time frame in which academics still differ in characterising – yet, her ties to the country’s racist and violent colonial past that targeted Asian and African colonies are undeniable.

Calls for the British monarchy to acknowledge its colonial history have heightened in recent years.

Many have pointed out that the British royal family has failed to confront its past or even pay reparations to those who continue to suffer due to the monarchy, decades on from direct colonial hegemony.

Queen Elizabeth ascended the throne in 1952 while on a trip in Kenya with her husband Prince Phillip, upon learning about her father, King George’s passing.

She was the longest-lived British monarch and the second-longest reigning sovereign in world history.

The late monarch was not a remnant of colonial times. In fact, as an active participant in colonialism, history is witness to the queen’s attempt to suppress independence movements and keep newly-independent colonies from abandoning the commonwealth.

Her reign as queen overlapped with the oldest African colony, Ghana, still being a colony. Four years into her being a monarch, did the then Gold Coast gained its independence.

The late monarch was, and arguably continues, to be seen as a symbol of oppression in parts of the world where the empire once predominated.

“Telling the colonised how they should feel about their coloniser’s health and wellness is like telling my people that we ought to worship the Confederacy,” a professor expressed on Twitter.

The Queen’s Platinum Jubilee in summer of 2022 saw the royal family come under fire for appearing to veil its horrific past.

“By design as much as by the accident of her long life, her presence as head of state and head of the Commonwealth, an association of Britain and its former colonies, put a solid traditionalist front over decades of violent upheaval,” Maya Jasanoff, a history professor at Harvard University wrote for The New York Times.

“As such, the queen helped obscure a bloody history of decolonisation whose proportions and legacies have yet to be adequately acknowledged,” Jasanoff added.

Some have argued that the queen did not personally implement past British colonial policies, but did very little to push for a movement or stepping in to make up for the past.

She was seen to play a minor role in intervening when matters were crucial, and when she did have the power to override government decisions. One such instance is when the late and former Prime Minister of United Kingdom Margaret Thatcher refused to support efforts to end the apartheid in South Africa.

Whilst the crown left their last colonial outpost in Yemen in 1965, countries continued to gain their independence up until 2020, with Barbados publicly removing the queen as ‘Head of State’, declaring themselves a republic and taking her statue down from public squares.

Elizabeth passed away less than a year after Barbados deposed her as its head of state. This change was put in motion partially due to heightened opposition to the monarchy among Caribbean nations, reports have stated.

The Commonwealth was founded in a bid to cement ties between countries that had once been part of the British Empire, while simultaneously claiming to grant them “free and equal” status.

In 1926, prime ministers of Britain and its “dominions”, namely Australia, Canada, India and South Africa, held a conference in London, where they agreed that all nations were “equal in status, in no way subordinate one to another in any aspect of their domestic or external affairs, though united by common allegiance to the Crown”.

The agreement, dubbed the Balfour Declaration, was the “launching pad” for the British Commonwealth of Nations, reports detail, in which 54 former colonies chose to remain as part of the Commonwealth.

Kenya became a British colony in 1895, though it was officially designated the title in 1920 and remained so until achieving its independence in 1963.

The Mau Mau uprising in Kenya, which started in 1952, the year Elizabeth sat on her throne, serves as a prime example of some of the worst atrocities committed during the British mandate of the then African colony.

In detention camps where up to 150,000 Kenyans were kept, the colonial administration at the time engaged in severe acts of torture, including castration and sexual assault. A British court ultimately granted £19.9 million to over 5,000 elderly Kenyans who had filed a claim for compensation in 2011, reports state.

The African continent’s memory of the queen is contingent on its colonial past, Farooq Kperogi, a professor at Kennesaw State University told CNN.

“The Queen’s legacy started in colonialism and is still wrapped in it. It used to be said that the sun did not set over the British empire. No amount of compassion or sympathy that her death has generated can wipe that away,” he said.

Other African voices have been echoing similar sentiments of the late monarch representing a symbol of historic oppression. In South Africa, an opposition party, the Economic Freedom Fighters, wrote in a statement: “We do not mourn the death of Elizabeth, because to us her death is a reminder of a very tragic period in this country and Africa’s history.”

“Our interaction with Britain has been one of pain, death and dispossession, and of the dehumanisation of the African people,” the party added.

In West Africa, Nigerians remembered Britain’s involvement in the Nigerian Civil War, where it provided the government of the time with weapons in secret to use against the Biafrans (a partially recognised secessionist state in West Africa) who desired to establish a separate country.

Between 1 million to 3 million people died in the civil war, with countless others displaced, and – or – still living with the trauma legacy left behind from the war.

The past is not yet over

“I take deep offence at the notion that the oppressed and survivors of violence have to somehow be deferential or respectful when their oppressors die,” Anya said. Adding that Britain continues to “meddle in African affairs” and oppress.

“There are people literally around the world, rejoicing at this woman’s death, not because they’re vile or cold but because her reign and the reign of her monarchy by extension was violent,” the associate professor noted.

With many calling on the monarchy to formally confront its past and oversee the necessary reparations, the crown has yet to indicate any change in stance or political approach to its dark past.

King Charles, who now leads the Commonwealth with the passing of his mother, will begin a new era of relations with its members, nearly a third of whom are in Africa. 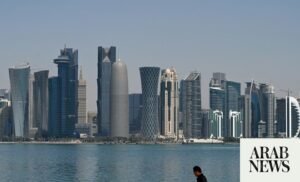 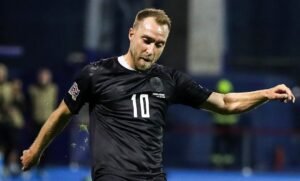 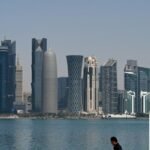