Qatar’s Minister of Labour Ali bin Samikh Al Marri met with several members of the US Senate and House of Representatives, during his tour to the US last week.

They addressed measures to improve and deepen bilateral ties between Qatar and the United States of America, particularly with regards to issues concerning labour.

Al Marri briefed the US Congress members on the most recent changes to Qatar’s labour market. He explained that the Gulf state aims to keep up with developments to the global labour market, which are reflected in the workplace and to achieve the necessary balance between employers and employees.

He further emphasised that the Ministry of Labour is keen on collaborating with its counterparts as well as international organisations, in order to improve labour legislations.

Over the last decade, Qatar has seen a number of historic labour reforms. Last year, the country introduced the region’s first ever non-discriminatory minimum wage law.

A new platform for workers’ complaints was also put into effect, allowing employees to submit public violations of the labour law.

Last December, more than 2,000 labour complaints were filed with the Ministry of Labour against firms and institutions across the country.

Despite this, there has been a slew of new complaints in recent months regarding working hours and compensation among other contraventions. Speaking to Doha News, some workers said they received no response despite filing complaints.

Though, there have been some positive implementations. Qatar’s Wage Protection System, which requires companies to transfer all payments through Qatari banks within seven days of their due date, is now said to cover over 96% of eligible workers in Qatar.

In a separate statement sent to Doha News earlier this month, a Qatari government official said the Workers’ Support and Insurance Fund has disbursed almost 600 million QAR to over 36,000 workers in Qatar since it was introduced in 2018, excluding this year.

The fund was established in 2018 to pay out compensation granted by Labour Dispute Settlement Committees when a firm goes bankrupt and is unable to pay its employees.

The Fund was introduced after international NGOs and human rights organisations demanded that Qatar and FIFA compensate the workers who died on World Cup projects.

Companies in Qatar are now legally required to compensate the families of all workers who die in a work-related incident.

Immediately after a work-related death, companies must report the incident online. An investigation is then carried out by the authorities to identify the cause of death and determine whether adequate health and safety measures were in place.

If a violation is found, legal action is taken against the company and a final report is submitted to determine the amount to be compensated.

This decision is immediately enforceable under Qatari law.

Qatar’s Minister of Labour recently stated that the legislative updates and improvements in the labour sector in recent years have been “continuous and sustainable” and will continue after the World Cup. 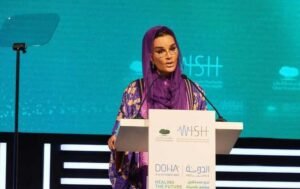 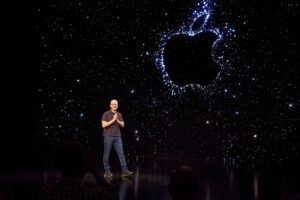 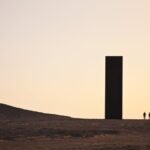