DOHA: Qatar Airways is seeking partnership with other Gulf Airlines, including Saudia, to increase the flow of football fans to Doha as Qatar is preparing to host the World Cup in November.

The airlines to provide “Match Day Shuttle” flights for 24-hour experiences, during the FIFA World Cup Qatar 2022, he added.

“We want to encourage other airlines to come here and bring capacity. You know, as an airline, we won’t singularly be able to bring all the capacity required to bring the fans for the World Cup,” Al-Baker said.

“The landscape of this tournament gives us the opportunity to spread the business with various regional airlines. Our combined bandwidth with flydubai, Kuwait Airways, Oman Air and Saudia will create travel flexibility that will bridge cultures and give fans the chance to explore multiple places in the Middle-East,” he continued.

Qatar Airways is one of the most profitable airlines in the world.

It has recorded $1.54 billion in profit during the 2021-22 fiscal year – the highest net profit among all airlines around the globe that have published their financial results for the 2021-22 financial year.

The airline has tied up with flydubai, Kuwait Airways, Oman Air and Saudia to connect match ticket holders to Doha via Match Day Shuttle flights for 24-hour experiences, during the FIFA World Cup Qatar 2022.

With capacity able to meet current demand, a drop in bookings will create downward pressure on yields when the recession starts, he said.

Al-Baker further said that labour shortages will be another big challenge in the coming months, though he added that his airline is “inundated with job applications”.

“People got into a bad habit of working from home,” he pointed out.

“They feel they don’t need to go to an industry that really needs hands-on people,” he said, adding shortages in airport staff could hurt growth.

“Hong Kong is a very important market for aviation. It’s a big hub, and I hope that the authorities will reconsider. You know, now you have to live with COVID.”

Al-Baker also stressed the importance of the Latin American market stating that Qatar Airways is planning to fly to Mexico but is facing legal issues.

He also talked about Qatar Airways’ legal dispute with Airbus over flaws with the protective skin of A350 wide-body jets, saying: “We are always open to constructively resolve issues. But we cannot accept somebody not following a contract they have signed with us.”

In an unprecedented London court battle, Qatar Airways is pursuing Airbus for more than $1 billion in damages, with the value of the carrier’s claim rising by $4 million per day.

Qatar Airways, supported by its own national regulator, which has ordered the jets out of service as the problem appears, insists that the safety impact cannot be properly understood until Airbus provides deeper analysis.

Airbus is in discussions with Qatar Airways to try to resolve the bitter legal and safety dispute over the A350 passenger jet, the planemaker’s chief executive said on Sunday.

“There’s progress in the sense that we are communicating; we are working with each other,” Guillaume Faury told Reuters on the sidelines of the IATA meeting in Doha. “I think we share the view that a settlement would be a better way forward, but as long as you don’t have an agreement, you have no agreement.”

Speaking about the industry’s net-zero 2050 target, Al-Baker said it would be a difficult target for airlines to achieve.

It is going to be “very challenging”, he said, adding that other stakeholders in the industry, including engine makers and oil companies, would need to contribute to the goal. 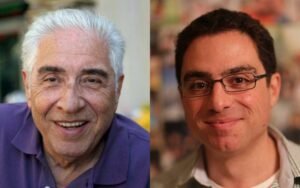 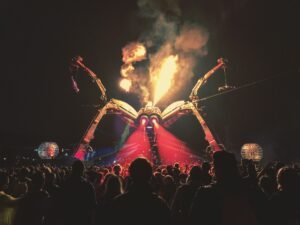 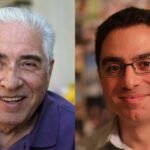