Sparking an outrage on social media, an Israeli journalist visited the holy city of Mecca, in what appeared to be a covert visit.

An Israeli reporter who reportedly snuck into the holy Muslim city of Mecca has sparked outrage online, with Muslims around the world blaming the ‘disrespect’ on warming ties between Tel Aviv and Riyadh.

Israel’s Channel 13 TV’s journalist Gil Tamary shared a video of himself in a car ride en route Mecca, despite a long-standing ban on the entrance of non-Muslims entering the city and neighbouring Medina.

The reporter also climbed Mount Arafat, a hill on the outskirts of Mecca where the Prophet Muhammad delivered his final sermon and Muslims gather during the annual Hajj pilgrimage. From there, he took a selfie.

Pointing to historical sites, Tamary passed by the Grand Mosque, the most important landmark in Islam. The Israeli reporter also drove past the arched Mecca Gate, the entrance to the city and the point at which non-Muslims are prohibited from entering.

Not complying with the non-Muslim entry policy and attempting to enter can result in penalties, including fines or deportation. Subsequently, his report was published on 18 July, days after returning to the occupying state.

Despite having no diplomatic relations, Saudi Arabia and the Israeli regime have been witnessing gradual progress of ties. Several Israeli journalists were allowed into Saudi Arabia to cover the regional conference last week using foreign passports.

Hours ahead of president’s arrival, the Saudi civil aviation authority announced a decision to “open the kingdom’s airspace for all air carriers that meet the requirements of the authority for overflying,” in a statement.

This was an apparent gesture by Saudi Arabia to showcase its openness towards Israel ahead of Biden’s arrival.

Despite this, Riyadh officials have maintained that no normalisation of ties between the two sides would take place until the Palestinian file is resolved.

Tamary was among three Israeli reporters who entered the kingdom for last week’s summit.

The regime’s Channel 13 offered an apology “if anyone was offended” but nevertheless stood by its report.

“The visit of our world news editor Gil Tamari to Mecca is an important journalistic accomplishment, which was not meant to offend Muslims,” it said in a statement.

Tamary’s video from Mecca quickly circulated on social media, where many expressed their condemnation of the Israeli in Mecca.

“Noble people of Mecca and great scholars like [detained Islamic scholar] Dr Musa Al Sharif are in Saudi jails, but a Zionist Jew is roaming around in Mecca,” one such frustrated user tweeted.

Another user wrote: “The process of systematic provocation and rudeness continues. The correspondent of the Hebrew Channel 13 enters Mecca and the Holy Land, outrageously against the religion and in clear violation of the law, disregarding the feelings of Muslims.”

Questioning the competence of Saudi authorities, one user said: “Where are the concerned authorities?”

Saudi officials were also brought under the spotlight, when the hashtag #مبس_يخون_الحرمين gained momentum on Twitter around the same time. Pictures and cartoons of the kingdom’s de-facto ruler Crown Prince Mohammed bin Salman, or MbS, also appeared under this trending hashtag.

“Jerusalem is under occupation, yet the Jews do not enter the Al-Aqsa Mosque except through violence and clashes, and they are confronted by the heroic Palestinian people.

“So what about the Jews entering the Meccan and Medinan sanctuaries, safe and secure, with a visa and security protection? It is a bleak moment in our history, and the insult that follows it is an insult,” a Twitter user expressed.

Another called out MbS saying: “Bin Salman, where are you leading the Custodian of Two Holy Mosques to?”

Support for Israeli normalisation among populations in the region has dropped almost two years into the signing of the controversial Abraham Accords by various Arab nations.

In 2020, the same year the signing of the controversial Abraham Accords, polls found that 40% of Saudis supported the deals.

Currently, the percentage of those who support relations with Israel range between 19%-to-25% in Saudi Arabia, Bahrain and the United Arab Emirates. The report also underlined 40% in respondents of the poll in Saudi Arabia who are open to business deals with Israel. 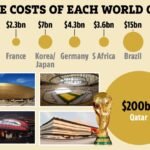